A View Through the Looking Glass: Dance & Sustainability 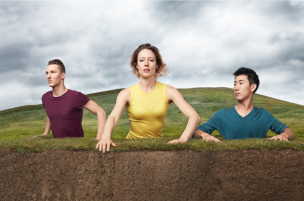 Photography exhibit in Meany Center for the Performing Arts, Lower Lobby, through June 15, 2017

As the world evolves, humans are slowly beginning to understand the disturbing impact their footprint has on the planet’s resources. How can we convince individuals to think differently about the sustenance of our home, The Earth? The key to increasing the public’s awareness of sustainability is to change its perception.  Art can do that.

The purpose of this project is to create an aesthetic reminder of human responsibility.  The series raises issues of sustainability that encourage recycling, human involvement with nature and cultivate awareness our planet earth as home.

Many individuals are extremely conscientious about the role they play in sustainability. Others, less so or have never been galvanized to active involvment. This project targets the latter by putting a human face on the issue. Our intention is to create a graphic campaign, encouraging all to think about recycling, consumption and environmentally responsible behavior.

Each photo exemplifies the relationship that we have with the world around us. The viewer witnesses a “dance” between humans and their environment. Hopefully, these juxtapositions will engender reflection, conversation, and kindle positive action.

Ballo Conservatio began in 2016 through a generous grant from the University of Washington Campus Sustainability Fund.  We look forward to the future, creating new works, collaborating with more individuals and organizations, and using the power of art and human creativity to motivtae all to act on behalf of our planet.