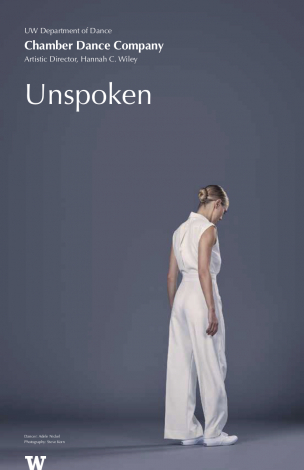 For its 28th season in October 2018, the Chamber Dance Company received a National Endowment for the Arts: Art Works grant to present choreography by Harald Kreutzberg (1902-1968). A controversial dance luminary, Kreutzberg played a major role in the development of expressionist modern dance in Germany, and was considered by Erick Hawkins, José Limón and Ruth Page as a major force in the development of the male modern dancer in the U.S.

Apart from sparse film footage that is generally inaccessible to the public, there are only two individuals keeping Kreutzberg's artistic voice alive in the United States: John Pennington and Lew Thomas. Pennington and Thomas have “re-created” Dances Before God, a triptych of remarkable solos: Angel of Silence, Job Argues with God, and Angel of Revelation. In June of 2018, John Pennington staged these dances on Mark Haim and Jason Ohlberg, who are guest artists with CDC this season.

The Art Works category is the NEA’s largest funding category and supports projects that focus on the creation of art that meets the highest standards of excellence, public engagement with diverse and excellent art, lifelong learning in the arts, and/or the strengthening of communities through the arts.