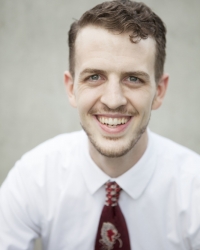 Ben White has been swing dancing since 2004.. He has studied Lindy Hop, Balboa, Tap, and vintage Jazz dance under masters from the original swing era and worked with world class contemporary swing dancers around the world. He has had success both locally and internationally as a competitor and coach placing in contests such as The International Lindy Hop Championships, the National Jitterbug Championships, Camp Jitterbug, and many more. He has also been involved in more than 100 productions as a performer, producer, choreographer, and technician. Ben is well known for his clear instruction and ability to break down and communicate technique while keeping classes entertaining and engaging.  He is the Artistic Director at The Syncopation Foundation, and spends several months each year on international teaching tours across Europe.