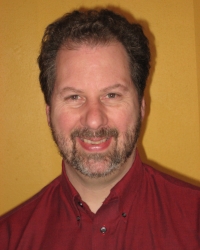 Peter graduated from North Carolina School of the Arts with a degree in lighting design. Peter has created the lighting designs for Teatro Zinzanni both locally and in San Francisco. He has designed for Seattle Opera’s Young Artist Program, Pacific Northwest Ballet, 5th Avenue Theatre, Seattle Men’s Chorus and Village Theatre. He has spent summers as a designer at the Spoleto Festival of the Two Worlds in Italy, and he also has designed lighting for the Spoleto Festival in Charleston, SC. Mr. Bracilano’s extensive design work on the East Coast includes 10 years with Civic Light Opera in Pittsburgh. Other companies he has worked with include Paramount Parks, Dallas Summer Musicals, and Theatre Under the Stars in Atlanta and Houston. He was the associate lighting designer for the European tour of Hair and Ken Hills’s Phantom of the Opera in Singapore as well as for several international productions of Gershwin’s Porgy and Bess. Mr. Peter is a member of the United Scenic Artists, the national union for artists and designers in the entertainment industry.